Rumors are flying that Miley Cyrus and Liam Hemsworth got married on Sunday, December 23, 2018. On Christmas Eve, photos and videos appeared on Instagram stories of the couple’s close friend, Conrad Jack Carr, and Miley’s sister Brandi Cyrus. The internet has gone crazy dissecting the details of these stories that have led us all to believe that Miley and Liam hosted a secret Christmas wedding with their close family and friends. The couple has been dating since 2010 when they met on the set of the Nicholas Spark’s film “The Last Song” and has been stirring rumors ever since.

Here is what we know about Miley Cyrus and Liam Hemsworth’s Secret Wedding. 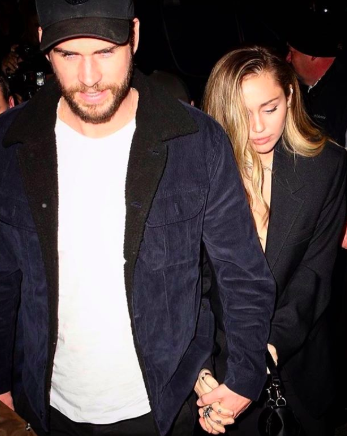 1. Miley wore an off the shoulder white dress and Liam Hemsworth wore a black suit. 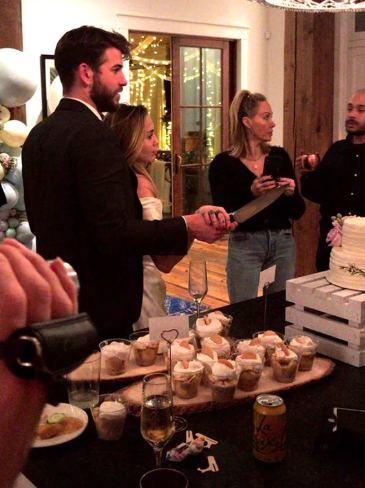 2. The wedding took place at Miley and Liam’s home in Franklin, Tennessee. 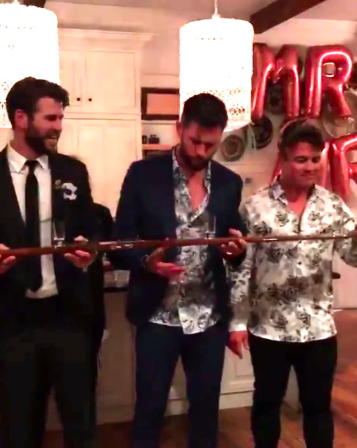 4. Festive, red, mylar “Mr. and Mrs.” balloons were present in the background of many of the photos. 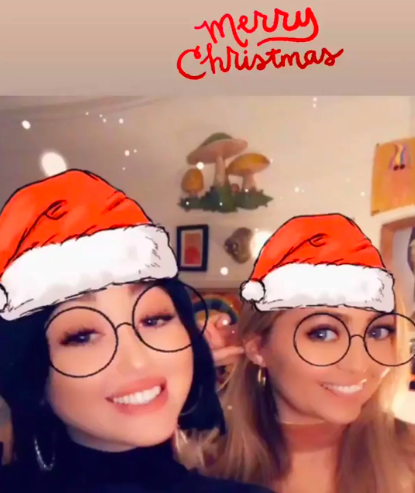 5. The photos showcase white cupcakes and a two-tier buttercream cake with a big pink peony. If you ask us, that is a textbook wedding cake.

While reps for both Miley and Liam had yet to go on the record to confirm these secret Christmas nuptials, we were pretty convinced the couple said: “I do.” AND THEN…..

6. Miley posted a picture of her and Liam on Instagram confirming their marriage with the caption “10 years later …..”

Congrats to Miley and Liam, wishing them a very Merry Christmas as husband and wife!