Ok, so here’s the scoop…

Rumors have been flooding the internet about one of our fave celeb couples, Justin Bieber and Hailey Baldwin’s secret wedding. But is it true that our girl Hails and JBeibs already secretly already tied the knot?

Well here’s what we know:

Why, you ask? Obviously, to get their marriage license, I mean why else! 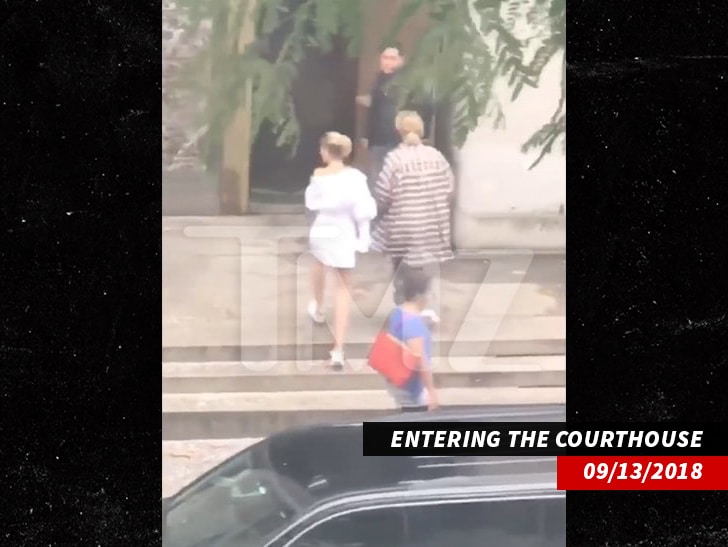 But when the internet started speculating, Hailey tweeted out this:

“I understand where the speculation is coming from, but I’m not married yet!”

But wait before you start thinking they must have been at the courthouse for some other reason… she then deleted the tweet!

Why delete it Hails?

Well here’s what we know:

Both JBiebs and Hailey are very religious and have even been spotted at church together many times.  Bieber was even super-spiritual in his Instagram post he dedicated to Hailey when they first broke the news the public about their engagement.

Check out the caption below:

Was gonna wait a while to say anything but word travels fast, listen plain and simple Hailey I am soooo in love with everything about you! So committed to spending my life getting to know every single part of you loving you patiently and kindLY. I promise to lead our family with honor and integrity letting Jesus through his Holy Spirit guide us in everything we do and every decision we make. My heart is COMPLETELY and FULLY YOURS and I will ALWAYS put you first! You are the love of my life Hailey Baldwin and I wouldn’t want to spend it with anybody else. You make me so much better and we compliment eachother so well!! Can’t wait for the best season of life yet!. It’s funny because now with you everything seems to make sense! The thing I am most excited for is that my little brother and sister get to see another healthy stable marriage and look for the same!!! Gods timing really is literally perfect, we got engaged on the seventh day of the seventh month, the number seven is the number of spiritual perfection, it’s true GOOGLE IT! Isn’t that nuts? By the way I didn’t plan that, anyways My goodness does feel good to have our future secured! WERE GONNA BE BETTER AT 70 BABY HERE WE GO! “He who finds a wife finds a good thing and obtains FAVOR from the Lord!” This is the year of favor!!!!

But still…legally they gotta be married right?!!

Well, we finally got a confirmation!

Word is that the couple reportedly revealed the news to a fan this past Tuesday who happened to be sitting next to the pair while eating at Joan’s on Third in Studio City.

Nona Melkoni apparently asked the couple if they were married and they simultaneously said “yes!”

Melkoni said “They were both very happy and kind. He told me that she’s his angel. They were super sweet!”

So there you have it, Hailey and Justin have tied the knot…but hopefully they have an actual ceremony because come on, we’re dying to see Hailey in a wedding gown!